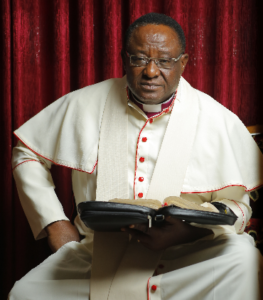 THINGS DON'T JUST HAPPEN. THEY JUSTLY HAPPEN AND THEY ARE CAUSED.

The man at the centre of it all, who was invited into council with the Godhead before receiving the vision of Amazing Love Assembly is Bishop Amaechi Obumneme Nwachukwu. Called by God at an early age, he began his theological education in 1971 at the ECWA Theological Seminary, Igbaja despite strong opposition from his immediate family who literally disowned him. One family member challenged him, “You say God called you; was it by phone?!” No support of any form, therefore, came from his family. A committed member of the Scripture Union (SU), he was able to obtain financial support from the S.U. during his first year at the Seminary. His continued stay was facilitated by joining the ECWA congregation which reduced the fees he had to pay. Vacation times were spent at Nkalagu, Enugu. Trying to establish the ECWA church there was an arduous task. Once in 1972, his regular “morning cry” at Nkalagu so angered one of the residents that he sent his dog after the student pastor, who had to literally run for his life. Diligence was eventually recognized and Bro. Amaechi became the founding Pastor of the church at Nkalagu.

Back at Igbaja, he continued at the Seminary but also taught at the ECWA Bible College. Through a remarkable performance during a College debate, Bro. Amaechi met an American who became the catalyst for his study in America. Late in 1974, he was made the Director of Igbo Programmes, Radio ELWA which was a prominent part of the ECWA establishment. When he graduated the following year, he was posted to teach at the Kagoro Bible College. From there, he travelled to USA and studied at Wheaton College and Wheaton Graduate School, Illinois on scholarship. Having obtained a B. A. and M.A., in addition to his B. Th. from Igbaja, Bro. Amaechi went to Europe for doctoral study at the University of Aberdeen, Scotland. This pursuit was cut short in 1979 when he was recalled to Nigeria to help found the ECWA Theological Seminary, Jos (JETS). He was appointed the Theological Education Secretary as well as Education Secretary; the following year he started to pastor part-time at the Jos Plateau Chapel. With time, he became more fully involved in pastoral work which exposed him to unwarranted and tortuous experiences. These culminated in his resignation as the Pastor of Plateau Chapel and relocation to Enugu in 1983. It appeared to be a success story cut short but God has His divine plan for Bro. Amaechi.

Shattered by these excruciating trials, Bro. Amaechi literally washed his hands off “church.” He turned away completely, spending a brief period as a taxi driver in order to make ends meet and later, as a teacher without receiving any salary. God was just beginning afresh with this man. A long-standing family and personal friend, the late Archbishop V. C. Onuigbo, persuaded Bro. Amaechi to open up and help him at the Victory Bible College attached to what is now the Victory Christian Mission. Reluctantly he got involved. So capable was he that the Archbishop did not hesitate to travel for long periods or ask Bro. Amaechi to hold forth even when he was in town.

Today the story has changed. The deep wounds were gradually but surely healed and the Lord restored him back reminding him that He is the God of second chances. Nay! A million chances. Never say it is over unless the Lord says so.

“I have tasted the bitter pills of defeat, denigration and rejection of men but out of the Amazing Love of God, I was restored to humanity again. There is an undying love to share with millions who may have failed either in school, business, marriage or child-bearing, of how God's love can heal the brokenhearted. My experiences in pastoring, marriage and the world of human survival have been tortuous, trying and painful to say the least. Yet I have every cause to live and carry out the tasks the loving Master Jesus has called me to do and placed in my empty hands.” 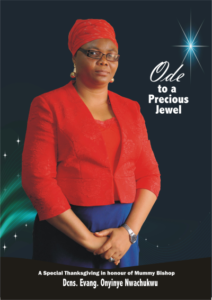 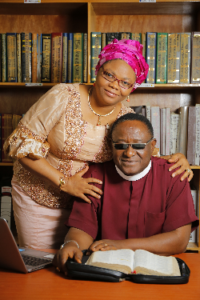